The PIHL Player of the Month in Varsity Class A for December 2018 is Brendan Leech of Meadville.

The senior defenseman gave the Bulldogs plenty of offensive punch in the month, amassing 11 points in 3 games.  He had his best offensive showing of the season with 2 goals and 5 assists in an 11-3 victory over Deer Lakes on December 3rd.  Then his efforts in his own end contributed to a 3-0 shutout of North Hills on December 10th.  Leech finished out the month with a power-play goal and a pair of helpers on December 17th, giving him 3 goals and 8 assists in 3 December contests.  Meadville remains a strong contender in Class A after sweeping all three of those games by a combined score of 21-5.

The Pittsburgh Penguins will recognize Brendan Leech during their January 28th game at PPG Paints Arena. 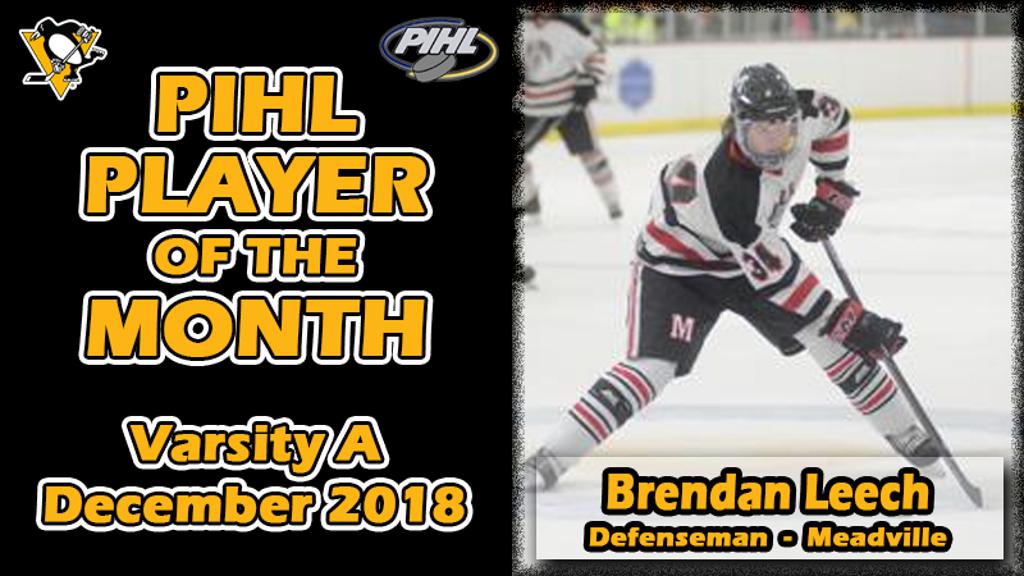