The PIHL Player of the Month in Varsity Division 2 for December 2018 is Bradley Budjos of Ringgold.

Budjos put forth an offensive masterpiece in the month, starting with a 4-point game on December 3rd against Morgantown.  His 2 goals and 2 assists paced the way to a 9-3 Ringgold win that night.  But that was still not his best  game of the month, as Budjos put up 5 points against top-ranked Burrell on December 17th.  His hat trick that night included a shorthanded goal.  Budjos also posted a power-play goal in an 8-1 win over Knoch on December 10th, giving the junior forward 6 goals and 4 assists in 4 games.  Ringgold went 3-1 in those games, keeping the Rams among the title favorites in Division 2.

The Pittsburgh Penguins will recognize Bradley Budjos during their January 28th game at PPG Paints Arena. 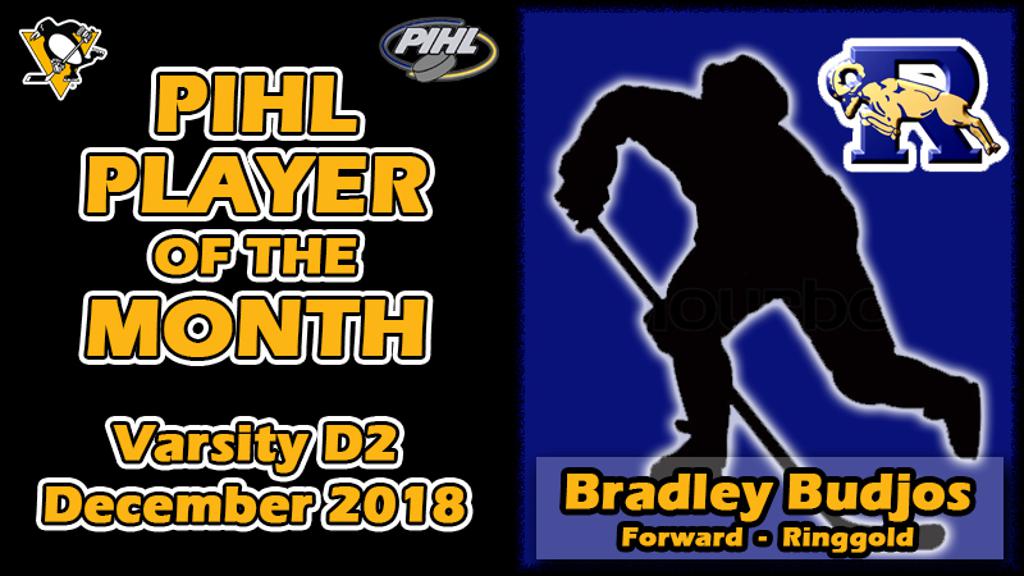