The on-ice play of Graham Cornelius is not about numbers.  He has just 3 assists in 17 games this season for the Mt Lebanon Blue Devils, but he is regarded as one of the league’s top defensive defensemen.  That role often goes unnoticed, but Cornelius is so good at it that he was selected to the 2020 PIHL Class AAA All-Star team, an honor that is usually bestowed upon offensive stars with big point totals.  For Cornelius, his most-sparkling number is likely the meager 12 penalty minutes he has accumulated this season, a very low number for a physical defenseman.  As one of only six seniors on a young Blue Devils squad, Cornelius serves the team as its captain.  His leadership pulled the team out of a 1-5 funk to start the season to then go on a 4-1-1 stretch and put the team back into playoff contention in PIHL Class AAA.

Conversely, the scholastic performance of Graham Cornelius can be summed up with some very impressive numbers.  He is regarded as one of the top scholastic performers in the PIHL, having earned a 4.5 GPA in four years at Mt Lebanon High School.  He then scored 1360 on the SAT and a earned 31 on the ACT, numbers that very few can match.  He is a member of the National Honor Society and has been recognized as an Academic All-Star throughout his time in high school.  On top of that, Cornelius plays the cello and volunteers once a week at the Mt Lebanon Middle School to tutor band students on the instrument. 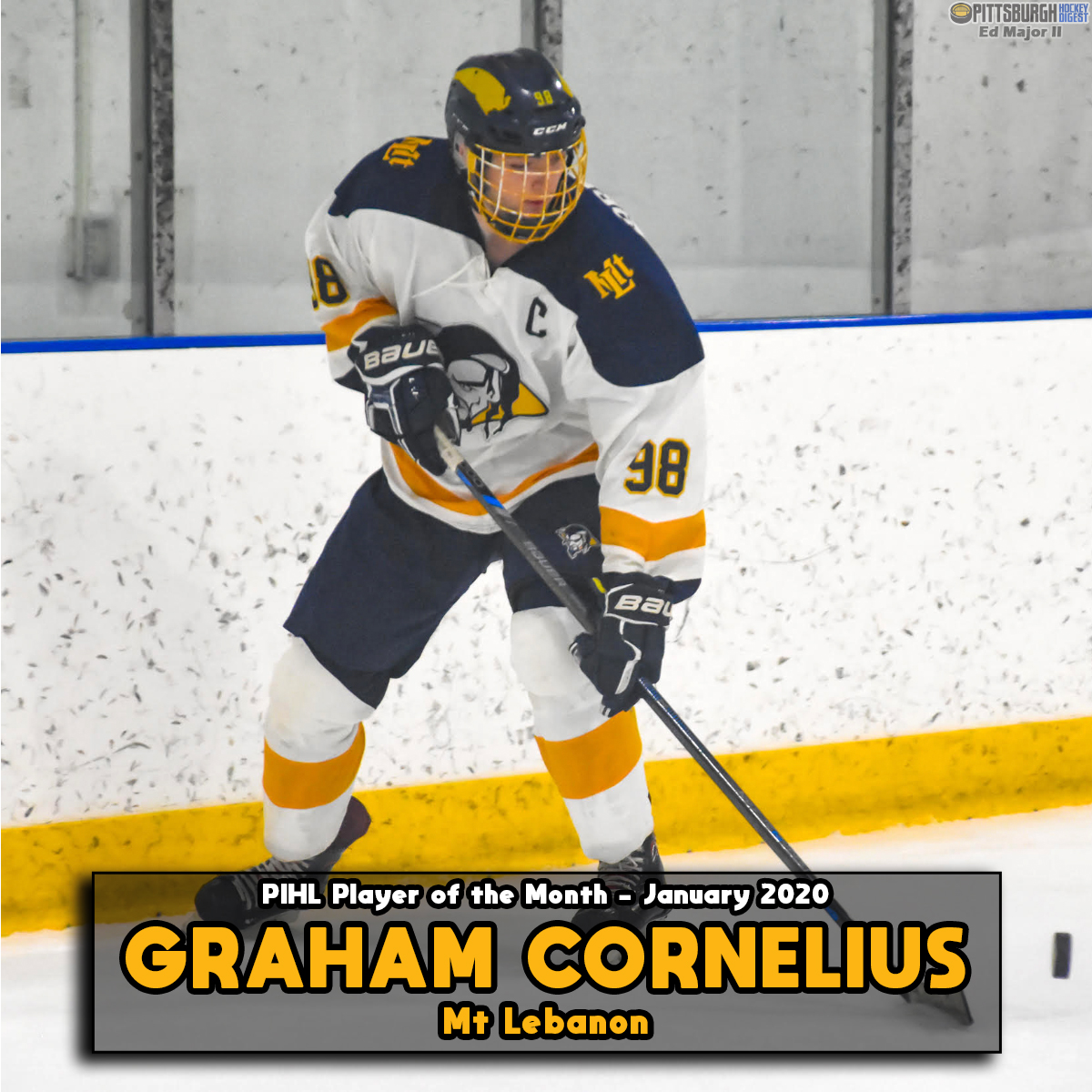