Lane Ruffner is widely considered one of the best defensemen in the PIHL, and his play in all facets of the game earned him a selection to the Class AA All-Star Game.  He is on the ice for most of each game and is a major reason why Greater Latrobe has surrendered the fewest goals among all of the PIHL Varsity teams.  The senior contributes at the offensive end, too, posting a point in every game since the start of November for a 9-game point streak.  He finished January on a 4-game goal streak, as well, having scored 5 times in that span.  One of those games included a showdown against undefeated Baldwin, in which Ruffner sparked a 3-goal rally from a 3-0 deficit by scoring twice in span of just over 4 minutes in the third period.  Ruffner excellence over the course of the season has the Wildcats as the only Class AA team to have clinched a playoff spot by the end of January.

Ruffner displays plenty of excellence away from the blue line, too.  He carries a 4.0 GPA as a senior at Greater Latrobe High School, and he has earned a spot on the Distinctive Honor Roll in every semester of high school.  He was inducted into the National Honor Society as a junior and was a 2018 Breakfast of Champions honoree.  He continues to give back to the sport of ice hockey, too.  He was a student-coach for a local 14U youth hockey team, and upon turning 18, he earned his USA Hockey Level 1 coaching certification to become a full-fledged coach with that team. 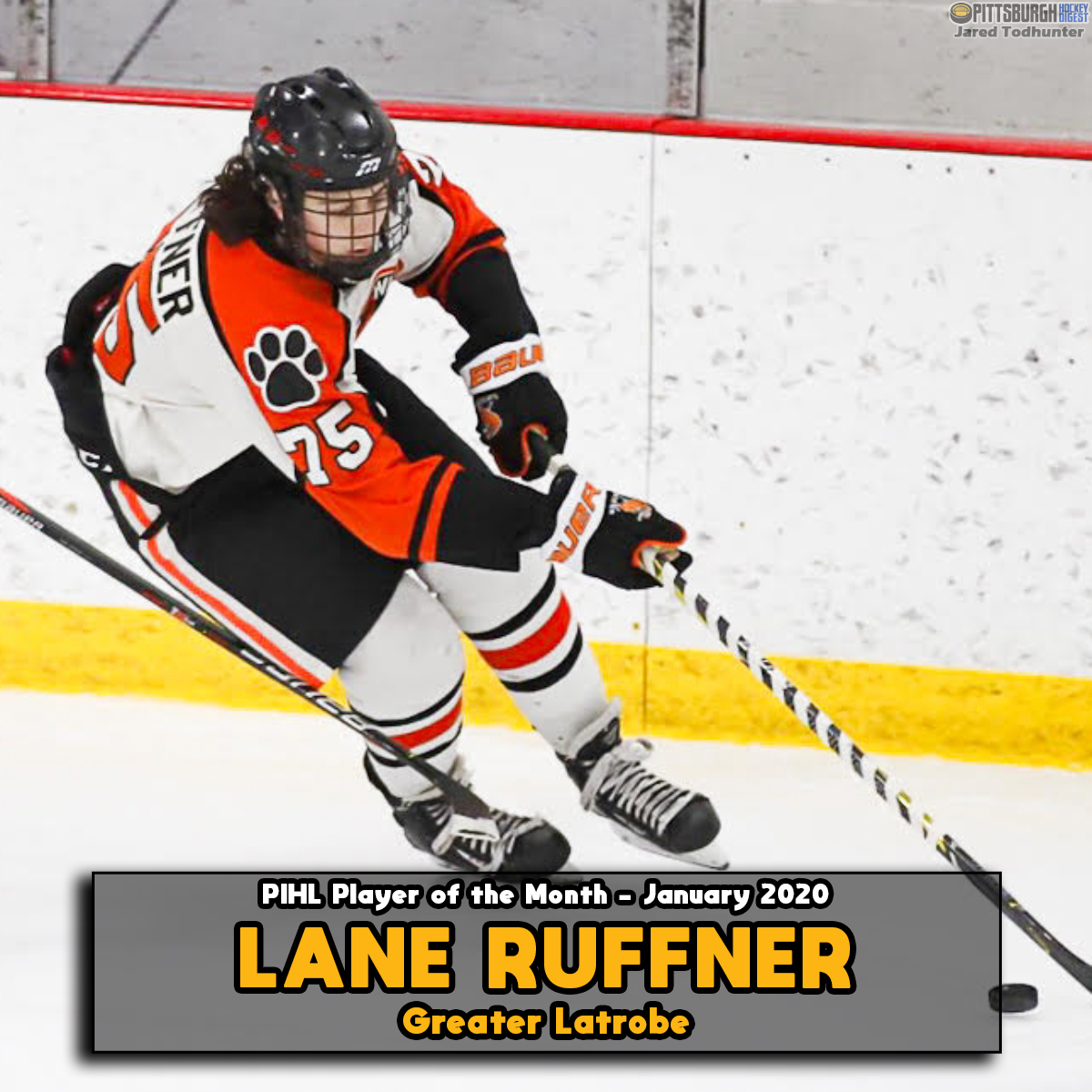