December 2019 PIHL Player of the Month

Tyler Lamark played an important role as a junior on the 2019 Penguins Cup championship team for North Allegheny, but that role was primarily as a setup man for the many goal scorers in the Tigers line-up.  He led NA in assists last season serving in that role, but when the top 3 goal scorers from that team graduated, Lamark also had to take on that role this year as a senior.  And he has filled it quite well.  He has 9 goals on the current season, more than double his 4 goals from all of last season.  And he continues to lead the team in assists with 18, which also comfortably surpasses his previous high.  His 27 points have him tied for the lead in PIHL Class AAA scoring, and Lamark has 6 assists more than any other player in the classification.  His 8 assists on the power play easily pace AAA, doubling-up the next best crop of players in that category.  Add in his 7 multi-point games and it is clear the role he plays in getting North Allegheny atop the Class AAA standings.

But hockey might not even be Lamark’s best talent, and at the very least, it is certainly not his only one.  He is a standout lacrosse player at North Allegheny, where his performance on the field has attracted a wealth of interest from college lacrosse teams.  But he does not let his athletic excellence on the ice and on the grass hinder his academic work in the classroom.  Lamark showcases his scholastic talents through a 3.80 GPA amid the rigorous coursework he has at North Allegheny Senior High School. 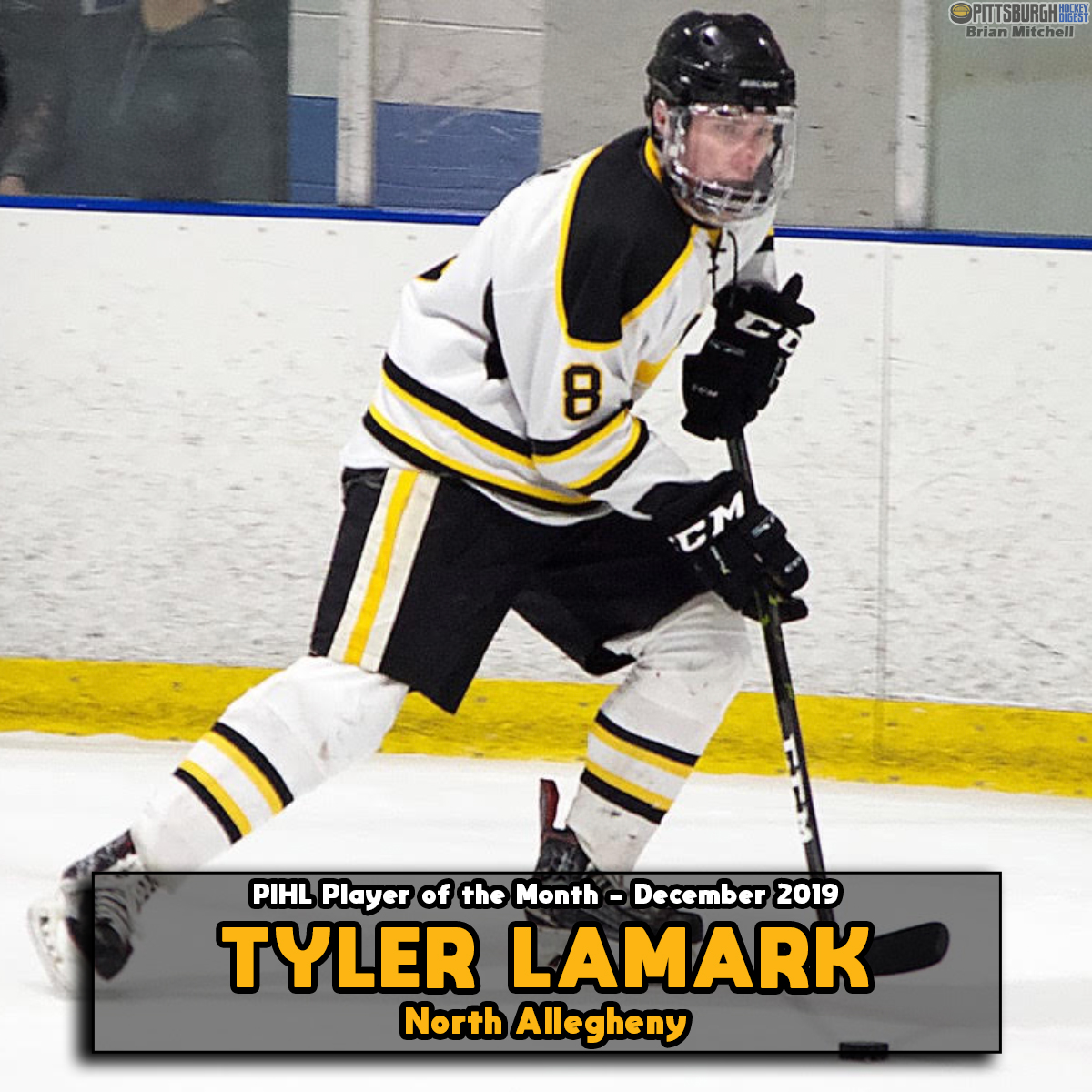