Chris McFayden has been dominant between the pipes for North Catholic so far this season.  He is 5-0 with a 2.00 goals against average and a .925 save percentage while playing every minute of the season as the starting goaltender for the Trojans.  He has posted two shutouts in those five games, helping his team climb atop the PIHL Class A standings in its first year of Varsity hockey in 15 years.  But McFayden is only getting better as the season progresses.  His goals against average in his past 3 games is a meager 0.67 while making 75 saves in those games.  His 29 saves in a 6-2 win against North Hills on October 29th represents his season-high.  He also is relied upon to lead the team off the ice, as one of only 3 seniors on the North Catholic roster this season.

As good as he has been on the ice, McFayden’s performance in the classroom is even more impressive.  He carries an astounding 4.43 GPA as a senior at North Catholic.  He added to his academic accomplishments with a 1250 SAT score.  As a result of his academic accolades, McFayden was inducted as a member of the National Honor Society. 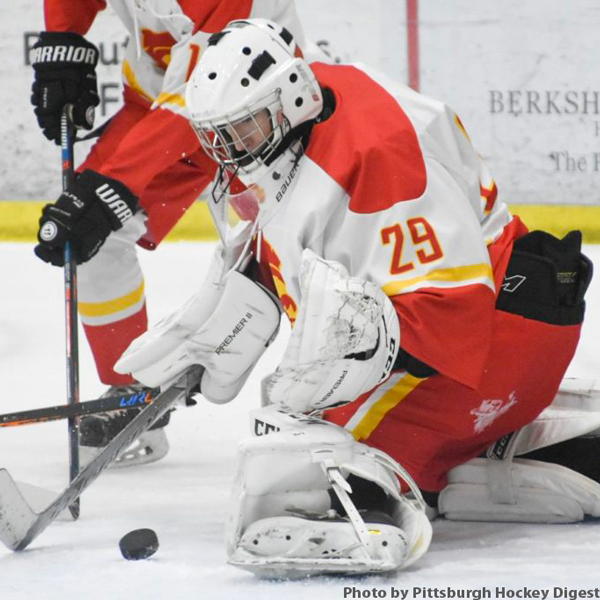