The PIHL Player of the Month in Varsity Class AAA for January 2019 is Vincent Vituccio of Bethel Park.

Vituccio elevated his game as the playoff picture intensified, driving his team to a 5-0 record in the month.  Bethel Park entered the month in the mix to earn a home playoff game, but by the end of the month, the team was closing in on the #2 spot in the standings.  As the team captain, Vitucchio contributed 2 goals at even-strength and 1 more on the power play.  The senior forward added an assist in that span, but it was his two-way play that marked the biggest difference in a month where Bethel Park allowed just 8 goals in 5 games, including a 3-1 upset of North Allegheny on January 17th.

The Pittsburgh Penguins will recognize Vincent Vituccio during their February 21st game at PPG Paints Arena. 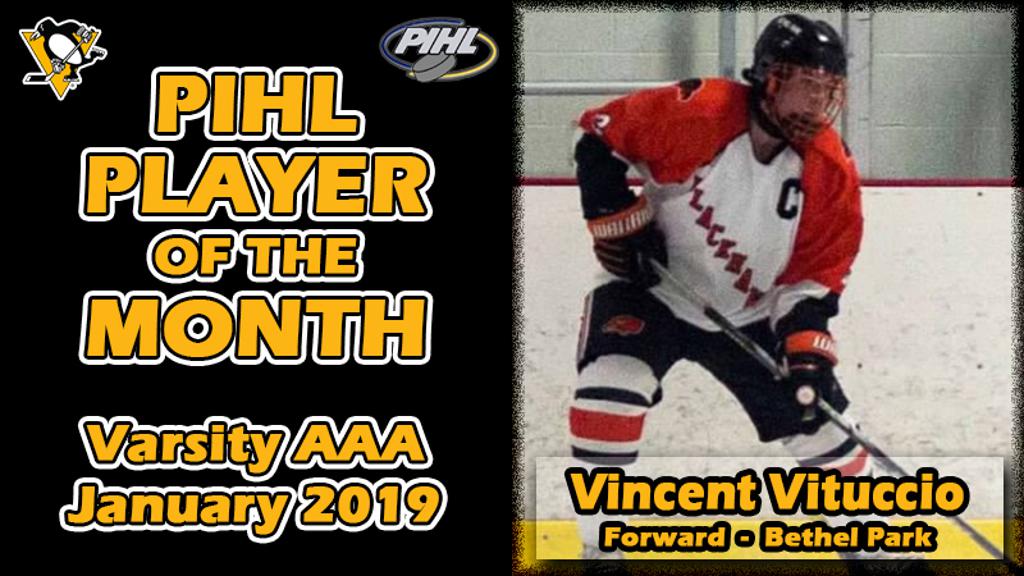