The PIHL Player of the Month in Varsity Class A for January 2019 is Nick Frantz of Meadville.

Frantz needed only two games played in the month to earn the honors, primarily because his 5-point night against Montour on January 28th resulted in Montour's first loss of the season.  Frantz's 2 goals and 3 assists that night paced the Bulldogs to a 9-6 upset victory and solidified Meadville as one of the Class A favorites for the Penguins Cup Playoffs.  Frantz was no less effective in his other game of the month, a 7-3 win over Fox Chapel on January 7th.  The senior forward had 5 goals and an assist in that game, extending his lead as the top goal scorer in Class A.

The Pittsburgh Penguins will recognize Nick Frantz during their February 21st game at PPG Paints Arena. 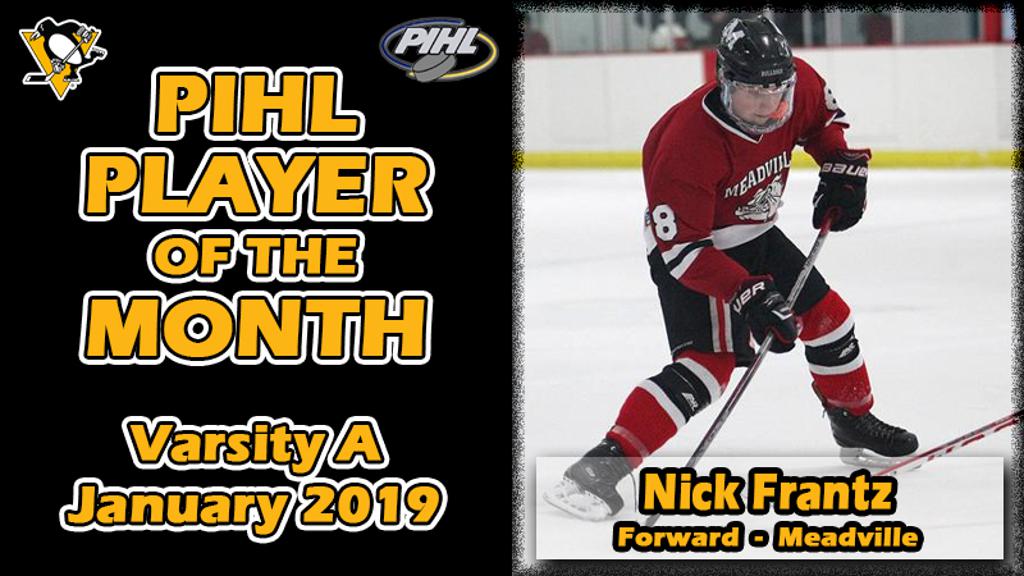