The PIHL Player of the Month in Varsity Division 2 for January 2019 is Tyler Stewart of Burrell.

Stewart was nearly unstoppable in the month, racking up 16 goals and 6 assists in 5 games.  His goal total alone was more than his team surrendered in the month (11).  His 2 goals and 2 assists against Central Valley on January 3rd helped keep the Bucs' undefeated record intact in a 7-6 win.  An 8-goal outburst against Bishop Canevin on January 21st showed why the junior forward is the leading scorer in Division 2 this season.  Stewart also put the puck in the net 4 times on the power play during the month, leading his team to a 5-0 record and maintaining Burrell's place as the top seed in the division.

The Pittsburgh Penguins will recognize Tyler Stewart during their February 21st game at PPG Paints Arena. 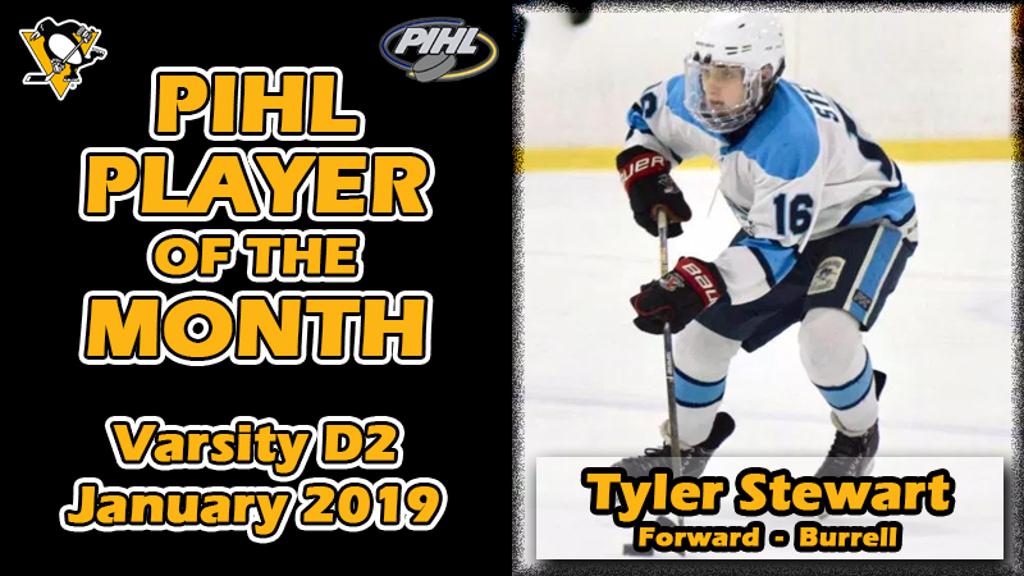