The PIHL Player of the Month in Varsity Class AA for December 2018 is Danny Mitchell of Mars.

Mitchell was excellent in between the pipes for the Planets throughout the month, going 3-0 with a shutout, a 1.67 GAA, and a .934 SV%.  His shutout came on December 6th against Baldwin, leading his team to a tight, 1-0 win.  The junior goaltender then guided his team to another 1-goal victory, 4-3, over Plum on December 10th.  Mitchell finished the month by turning aside 33 shots in a 6-3 triumph over Penn-Trafford on December 17th.  His 8-1 record on the season has placed Mars solidly among the teams in the hunt for the Penguins Cup in AA.

The Pittsburgh Penguins will recognize Danny Mitchell during their January 28th game at PPG Paints Arena. 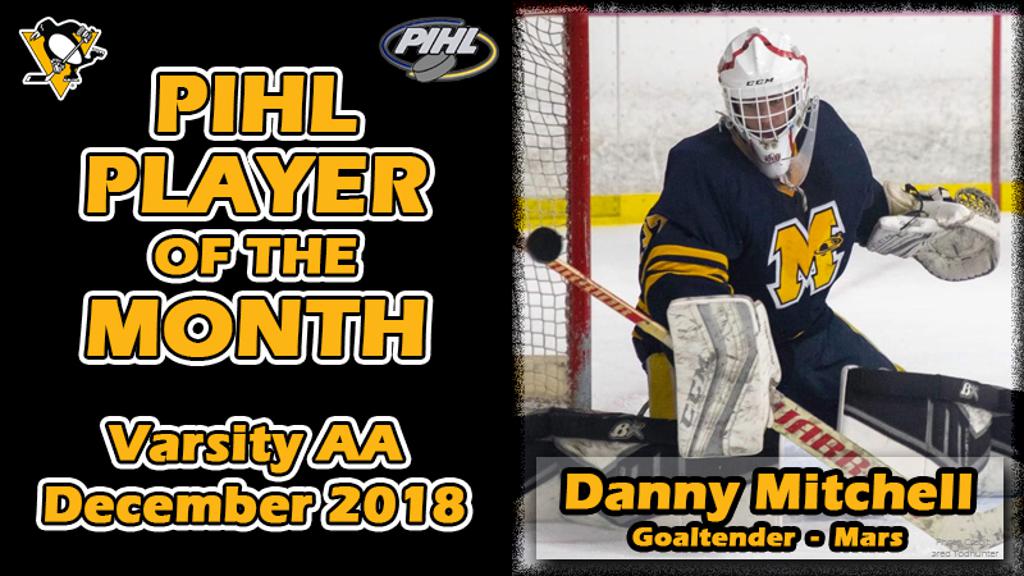