Brad Bujdos was quietly producing the most offense in PIHL Class B for the season, surging to the classification lead in total scoring by averaging over 4 points a game since the start of December.  The senior forward has 26 goals and 24 assists for 50 points in just 15 games.  His numbers for goals and points are tops in Class B, and he sits third in assists.  But the under-the-radar approach for Bujdos became a thing of the past when he attracted a wealth of attention through his performance in the 2020 PIHL Class B All-Star Game.  Bujdos scored three times in the showcase, including twice on the same penalty kill to tie the game and take the lead late in the third period.  He added an assist for a 4-point game.  He continued the hot streak by racking up 5 goals in his next game for Ringgold, giving him his third 5-point game in his last 5 outings with the Rams.  Ringgold remains undefeated on the season, one of only two PIHL Varsity teams with an unblemished record entering February.

Bujdos puts up big numbers in the classroom too.  He boasts a 4.29 GPA and has achieved Highest Honors throughout his four years at Belle Vernon Area High School.  And Bujdos puts up big numbers at an international level in a slightly different sport.  He is a standout ball hockey player who will play for the USA Ball Hockey U20 national team in Switzerland in June of 2020.  Bujdos was previously a member of the U18 national team, reaching an elite level after entering the sport at age 13. 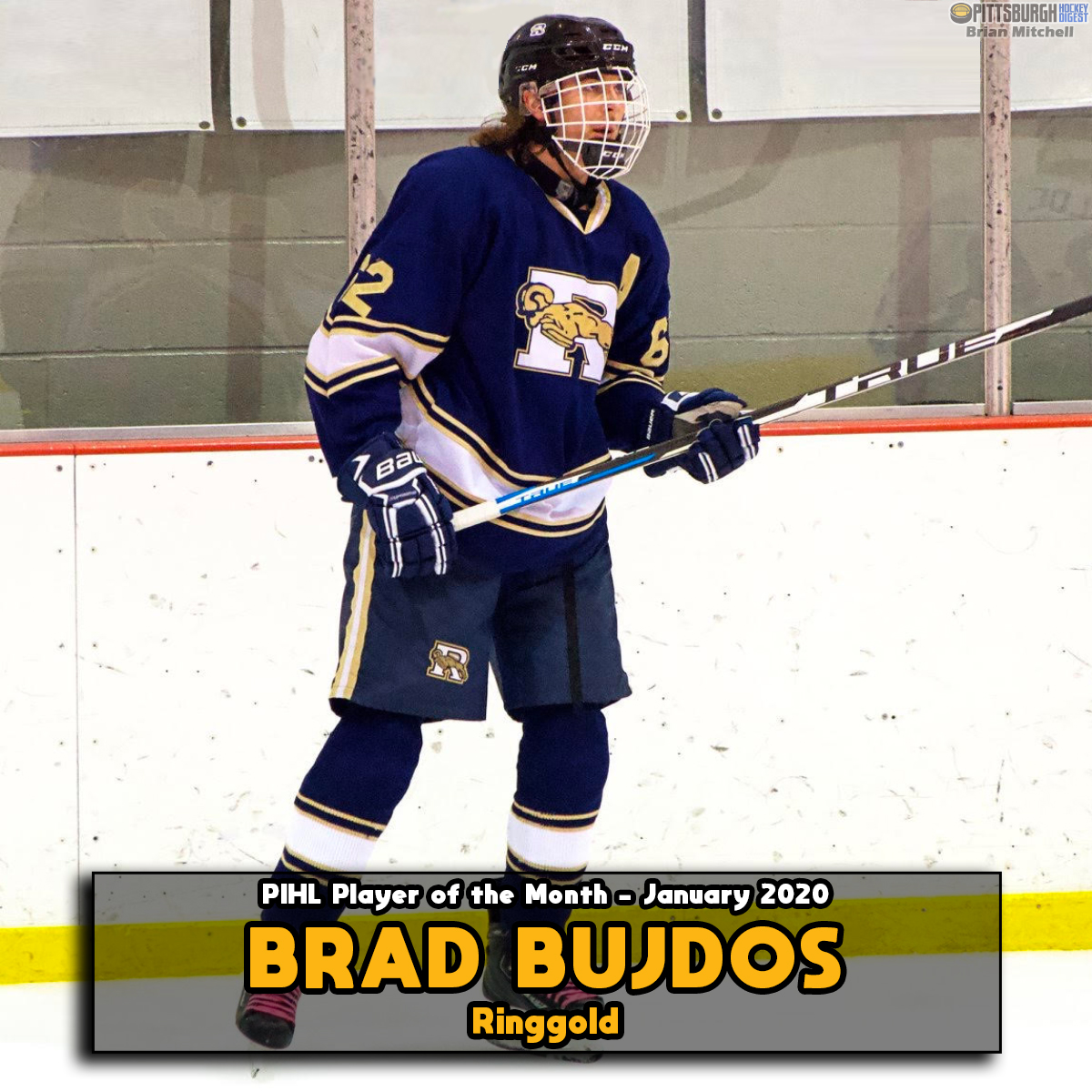