Santino Multari is the model of consistency for the Neshannock Lancers, who own the best record in the North Division of PIHL Class B.  In 8 of his 14 games this season, the reliable Multari has scored exactly two or three points.  In another game, he exploded for a season-high 5 points, and only once has he been held off the scoresheet entirely.  The result is 18 goals and 10 assists for 28 points in 14 games, placing him in the Top 5 in goals and Top 10 in points in all of Class B.  Multari steadily achieved those marks without scoring a single point on the power play to this point of the season, but he contributes plenty to special teams by leading all of Class B with 4 shorthanded goals.  With an All-Star selection boosting his confidence, Multari has 14 points in his last 6 games, paving the way to a 6-game winning streak for Neshannock.

Multari is a leader in the classroom and community, too.  He is a member of the National Honor Society, behind a 3.75 GPA as a junior at Kennedy Catholic High School.  He is also a member of the Action Club and Rotary Club at the school.  Through those clubs, he helps raise funds for various charities and helps conduct holiday events for underprivileged groups in Mercer County.  Multari is an altar server at Notre Dame Catholic Church in Hermitage, a role he has held since the 3rd grade.  And he gives back to the sport of hockey by volunteering as an instructor with the Little Pens program at both the Hess Ice Rink and Frozen Pond Arena. 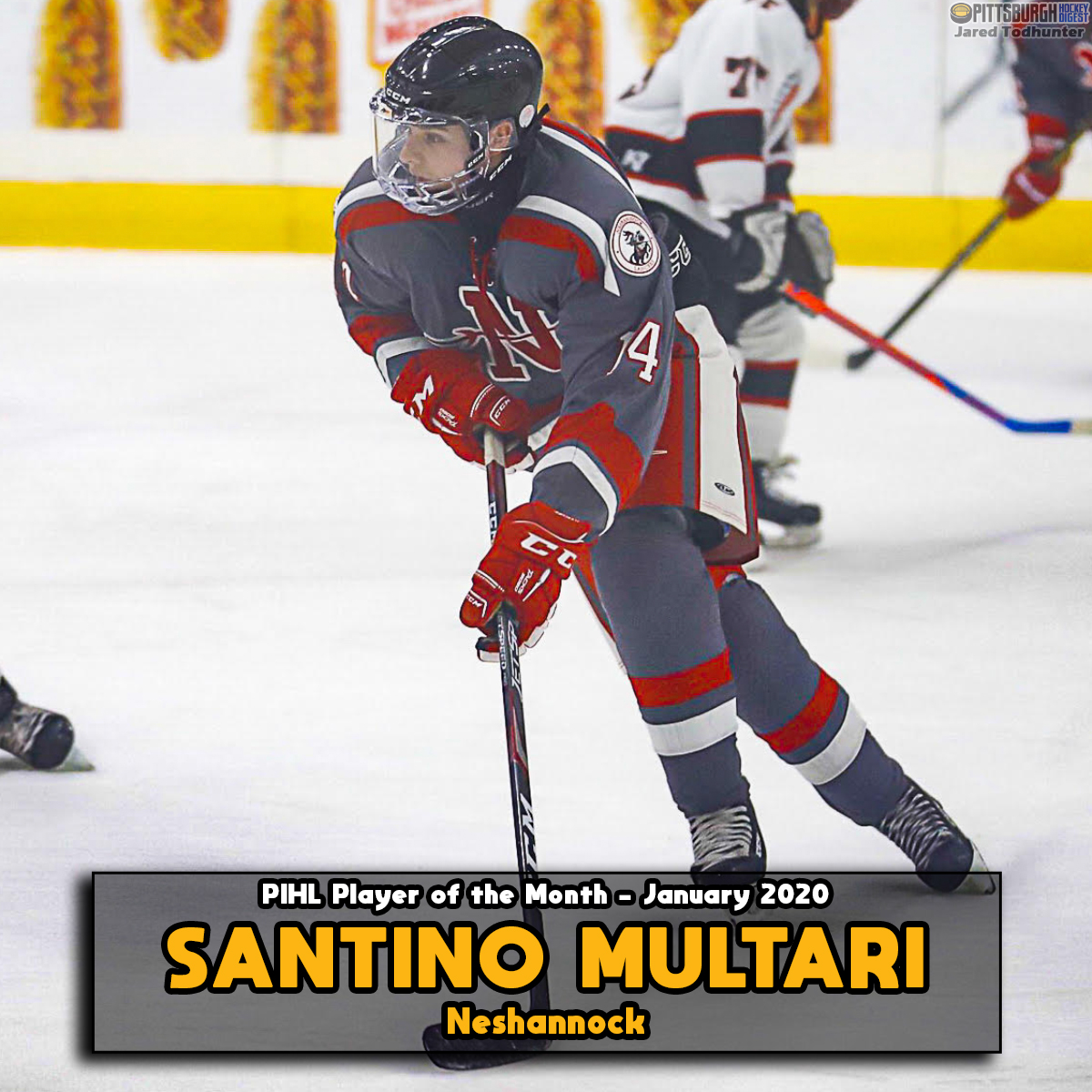