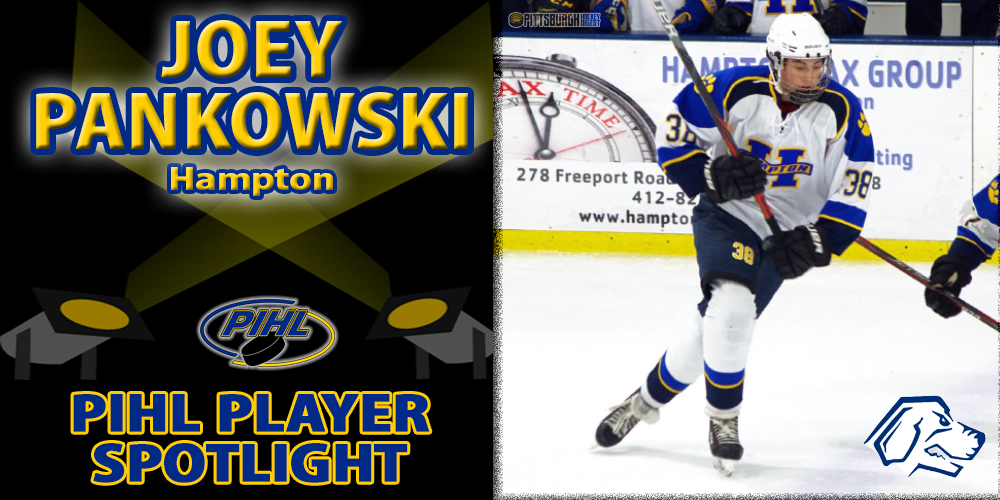 Q: What do you enjoy most about playing high school hockey in the PIHL?
A: I really enjoy the competition, especially going against seniors as a freshman.  It is very exiting for me.

Q: What is the most-memorable hockey game you have ever been involved in with your PIHL team?
A: The game I remember most is when we played Shaler in October.  We were expected to lose, but our team disregarded those chances from the start.  We ended up winning 4-1 for our first win of the season.

Q: Which opposing PIHL team do you really enjoy playing against, and why?
A: I would say that the opponent I enjoy playing the most is Plum.  They have a very good team this year, and it’s great competition for us in our division.

Q: Are there any routines or rituals you must stick to before every game, such as listening to a certain song?
A: I am not a very superstitious guy.   So when I come in the rink, I just have the mentality that I’m going to have amazing game and do what I can to make sure my team wins.

Q: If you were put in charge of the entire sport of hockey and could change just one thing about the game, what would it be?
A: I don’t think I would change anything with the game because I really don’t think there’s anything wrong with it!

Q: Are you involved in any other organized sports or activities outside of high school hockey?
A: Yes, I also play for the PHA Icemen U15 AAA team.

Q: What is something unique about you that most people would be surprised to know?
A: Most people don’t know that I am a only child, but I do have a stepsister and stepbrother.

Q: What person outside of your family has done the most for you?
A: I would have to say one of my hockey coaches, Sean Voss.  He has been working with me since I was 9, and I wouldn’t be half the hockey player I am today without him.

Q: What plans do you have for after you graduate from high school?
A: I certainly want to become a professional hockey player, but if that doesn’t work out, then I would co-own my dad's business with my brother.