December 2019 PIHL Player of the Month

Cole Ferri entered the season with high expectations after a strong junior year in the PIHL, and his performance in his senior year has already exceeded those standards.  He leads the PIHL Class AA in goals with 18 in 11 games.  He was one of the top goal scorers in Class AA last year, but his output to this point of the current season has already surpassed his previous high.  And Ferri has done so with consistency.  He has multiple goals in 6 of his 11 games – including a 4-goal performance against Plum – and he has only 3 games in which he did not score a goal.  But he also has 5 games in which he has recorded multiple assists, helping him place second in points in Class AA.  But most importantly, Ferri is leading the way for his undefeated Wildcats team.  His 6-point outburst against Hempfield established Greater Latrobe as the top team in the Southeast Division earlier in the season, and his back-to-back 3-point games against Montour and West Allegheny in December show that Ferri is pushing his team towards a Penguins Cup championship.

Ferri has high standards for his endeavors outside of hockey, as well.  He consistently earns academic recognition on the High Honor Roll at Greater Latrobe High School, and he is already taking classes at Westmoreland County  Community College to get a head start on his college experience.  Ferri also plays on the Varsity golf team for the Wildcats, but since his true love his hockey, he still finds time to volunteer with the Greater Latrobe Developmental Hockey Program to help younger players learn the game. 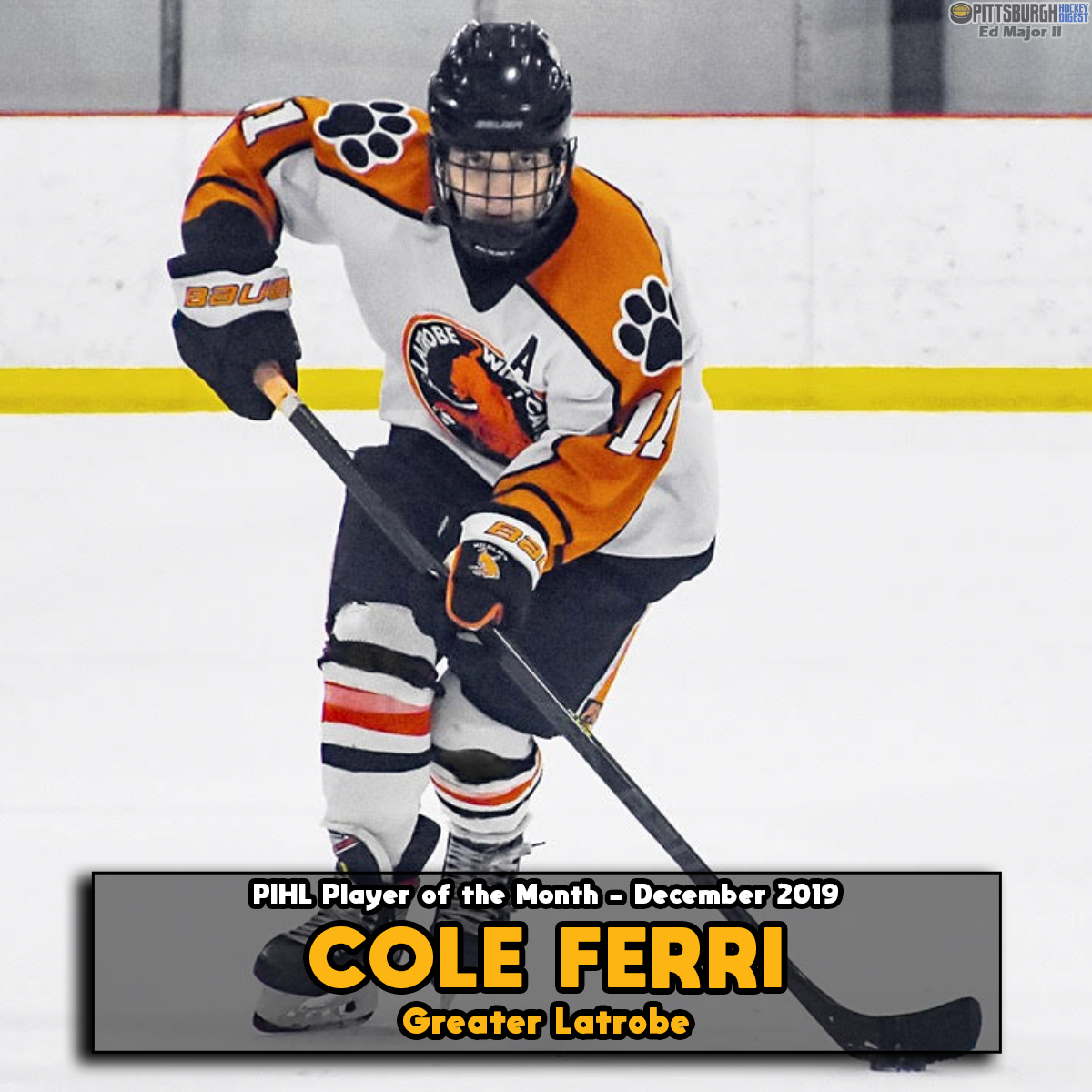