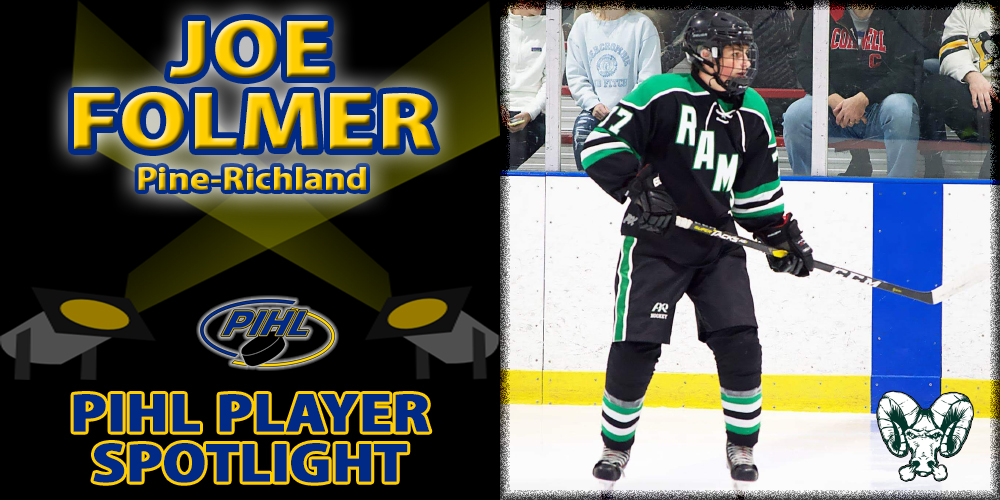 Q: What got you started in hockey and how old were you?
A: I first went ice skating with my Nana at what was once Bladerunners in Warrendale.  That really got me into skating and eventually led to me playing hockey.

Q: What is the most-memorable hockey game you have ever been involved in with your PIHL team?
A: The 2019 Class AA Penguins Cup Final is, by far, the most-memorable game that I have ever played in. What made it so memorable was the ambiance of the arena when we skated out on the ice for the first time and when the clock hit zero at the end of the game. It was truly an incredible experience.

Q: Which opposing PIHL team do you really enjoy playing against, and why?
A: Personally, my favorite team to play against is North Allegheny. The reason for this is that they have always been a school rival, and they always bring great competition.

Q: Are there any routines or rituals you must stick to before every game, such as listening to a certain song?
A: Like most hockey players, I have a specific order of how I put my gear on. For example, I put my left skate on before my right one. I also make sure to tap the pads of my goalie before the beginning of every period.

Q: Are you involved in any other organized sports or activities outside of high school hockey?
A: I play for the Varsity inline hockey team at Pine-Richland, and I am in The Future Business Leaders of America and Ski Clubs at my school.

Q: What are your two favorite apps on your smartphone, and why?
A: My two favorite apps, by far, would be the music app and Amazon Prime Video. There is rarely a moment where I am not listening to music, and I am constantly watching shows like Game Of Thrones or Tom Clancy’s Jack Ryan.

Q: Would you rather be Superman or Batman, and why?
A: I would rather be Batman because he is a much cooler crime-fighter with his various vehicles and weapons over the likes of Superman.

Q: What person outside of your family has done the most for you?
A: My best friend and past teammate Nick Monaco has been the most-impactful person on my life because he has been a great role model and someone I really look up to.

Q: What plans do you have for after you graduate from high school?
A: I plan to attend a four-year university, where I will major in Marketing.