Nathan Todd is off to a dominant start in his senior season at Ringgold.  He leads PIHL Class B in goals with 12 and points with 18, all in just 5 games.  He has scored 3 times on the power play and added a shorthanded goal to his totals, while only taking a single penalty.  He put up 3 goals and 2 assists – factoring in on all 5 of his team’s goals – in a 5-2 victory over Morgantown on October 7th.  Todd eclipsed that mark with a 6-point night against Bishop Canevin on October 21st, including 4 goals in the game.

Todd sets the same high standards in the classroom, too.  He has a 3.8 GPA, having never missed the High Honor Roll in high school.  He is actively involved in “The Future is Mine” club, which explores various careers and professions that are available in today’s job market.

As if excelling on and off the ice at the high school level was not enough, Todd is also enrolled in classes at the Community College of Beaver County in pursuit of his pilot license. 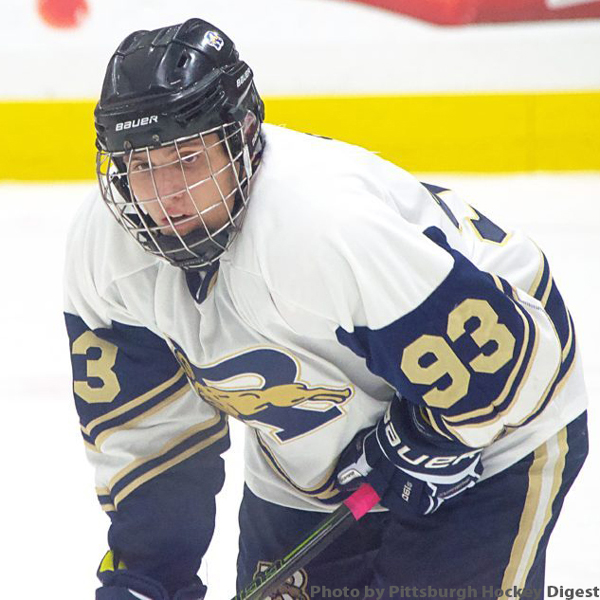