On the ice, Josh Hrip has compiled 10 goals and 5 assists in 6 games this season, placing the Canon-McMillan forward as the PIHL Class AAA leader in goals and points.  His totals include 2 powerplay goals, 2 powerplay assists, and a shorthanded goal.  Hrip has only taken 2 penalty minutes along the way.  His best game to this point of the season came on October 29th against Central Catholic, where Hrip’s 3 goals and 2 assists pushed his Big Macs to a 7-6 win on the road.  His leadership as a senior has the Big Macs at 4-2 this season and near the top of the PIHL Class AAA standings.

In the classroom, Hrip is a 4.0 Distinguished Honors student.  He takes particular interest in Europe through his AP European History class and membership in the German Club at Canon-McMillan.  Hrip scored 1150 on his SATs.

Outside of school and hockey, Hrip does an impressive amount of volunteer and community work.  He is active in his local church, through which he took a week-long mission trip to Kentucky to help the underprivileged in the area.  He is involved in Operation Christmas each year and the Washington City Mission.  Hrip sends care packages to troops deployed overseas and packages meals for local emergency personnel.  He also gives back to the sport of hockey by helping the Canon-McMillan coaching staff run skills clinics for the Pittsburgh Grizzlies Special Hockey Team. 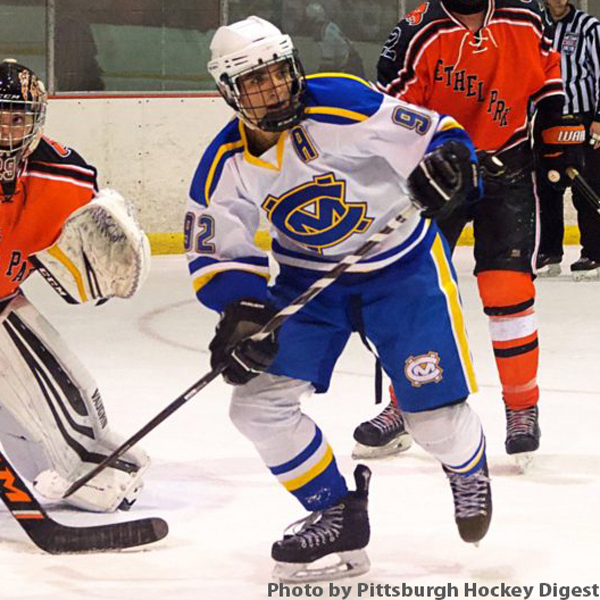