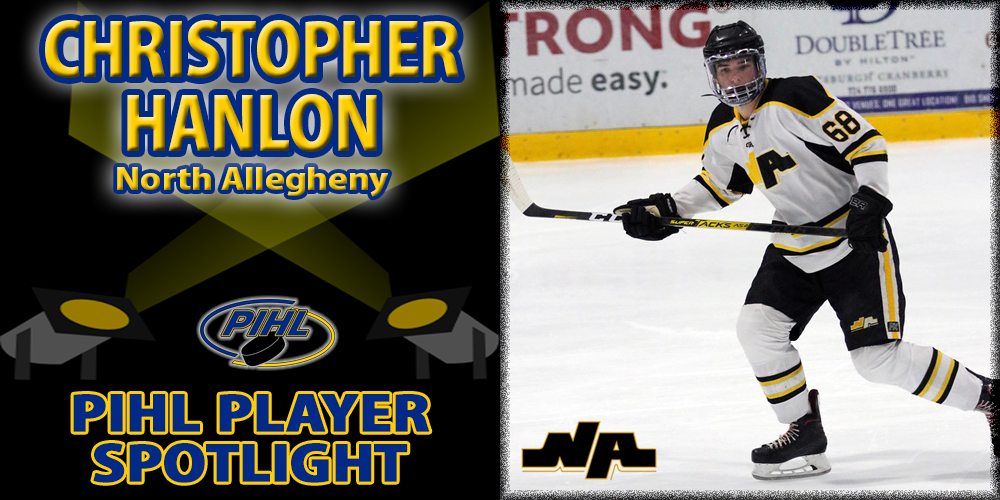 Q: What got you started in hockey and how old were you?
A: For my 5th birthday, I received two presents: a toy weed wacker and a hockey stick.  Although my passion for lawn care has certainly faded, my passion for hockey never has.  My mother used to take me to public skates to teach me how to skate. Since I already loved playing street hockey, I decided to combine the two activities and got involved in the house league.

Q: What is the single best thing about playing for your PIHL team?
A: The best thing about my PIHL hockey team is the coaching staff.  I’ve been on many teams with talented players and a really bad coach.  Sure, talented players are going to win some games, but without a good coach a team will never win a championship.  Although I do not always agree with the decisions of my coaching staff, I know that they want what is best for the team and have proven to me on a consistent basis that they know what they’re doing.  It’s also important to note that usually when I disagree with one of their coaching decisions, after seeing the outcome of the said decision, more often than not they were right and I was wrong.

Q: What is the most-memorable hockey game you have ever been involved in with your PIHL team?
A: The most memorable game I have been involved in with my team was the 2019 Penguins Cup Championship.  Never before had I played in a game with so much on the line.  In our league, just about any team is capable of beating any other team, so to make it all the way to the Penguins Cup is something really special that most players never get the chance to do.  Winning that game was, quite frankly, of the happiest moments of my life.

Q: Which opposing PIHL team do you really enjoy playing against, and why?
A: My favorite PIHL team to play against is Bethel Park.  They never take a shift off and are one of the most-aggressive teams in the league.  Although most players might not like playing against an aggressive opponent, there’s nothing I love more.  Bethel can always be counted on to put up a good fight, and I look forward to playing them later this season.

Q: If you were put in charge of the entire sport of hockey and could change just one thing about the game, what would it be?
A: If I were put in charge of all of the PIHL, the very first thing I would do would be to eliminate 9:00 games on a school night.  I love to play hockey, but I also love to sleep.  The 9:00 games put a significant dent in the amount of sleep I get, so I would love to see the league do away with them.  I do not have any complaints about the rules of the game, just the start times of games.

Q: Are you involved in any other organized sports or activities outside of high school hockey?
A: Yes, I am a member of Strolling Strings.  Strolling Strings is a subdivision of my school’s orchestra that volunteers to go to different events and play for the community.  As a member of the organization, I have had the opportunity to play in front of all sorts of people.  Most recently, we played for the nuns at La Roche College.

Q: What is something unique about you that most people would be surprised to know?
A: I gave it away with my answer to the last question, but most people are surprised to learn that I play the viola.  When I was in seventh grade, I decided that band wasn’t for me, and because my brother loved his time in the orchestra so much, I decided to stop playing the trumpet in order to play the viola.  It was not long before I developed a true passion for the viola, and I have been playing ever since.

Q: What are your two favorite apps on your smartphone, and why?
A: My two favorite apps are TikTok and Doodle Jump.  I love Tik Tok because it is a platform that allows people to showcase their creativity and sense of humor through a short video.  Usually if I’m on my phone, I’m on Tik Tok.  The reason why I love Doodle Jump is because it requires a great deal of focus to play.  I find that whenever I am focused on something my mind clears of any thoughts not related to the task at-hand.  I use the app to clear my head before games, and I also use the app whenever I’m stressed out by something and need a break from the stress.

Q: What person outside of your family has done the most for you?
A: This answer is pretty cliche, but the person who has genuinely done the most for me outside of my family is Coach Bagnato.  As my coach for the past three years, he has taught me many life skills.  He taught me how to be a hard worker, what it means to be a good leader, and ton of random movie references and corny jokes. Coach Bagnato treats us like family, and I know that if I ever find myself in a state of need, he would be one of the first people to help me out.

Q: What plans do you have for after you graduate from high school?
A: After high school, I intend to go to a university in order to study business.  Outside of that, I have no set plans and look forward to seeing what lies in store for me.